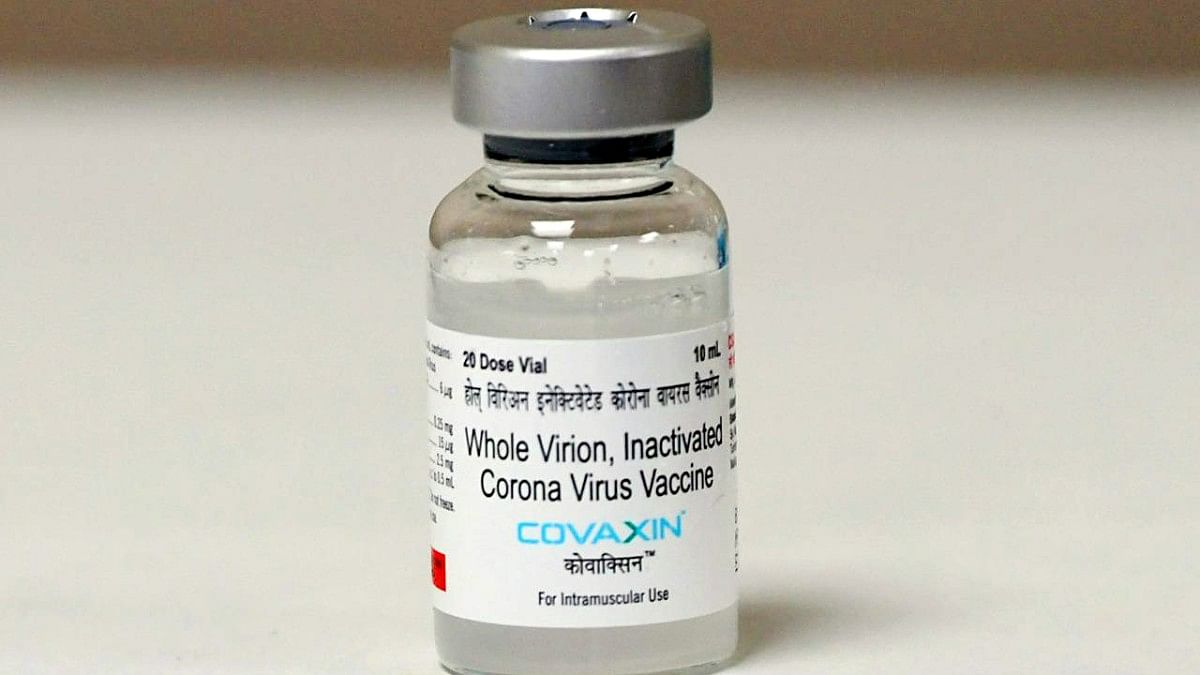 
OOver the past 10 months, more than 11.83 crore doses of Covaxin, the Covid-19 vaccine from Bharat Biotech, have been administered in India. Yet eight correspondences requesting clarification / data from the World Health Organization, a meeting between Minister of Health Mansukh Mandaviya and WHO Director-General Dr Tedros Adhanom Ghebreyesu, and great national outrage at the “Preferential treatment for China” later, a place in the WHO emergency use list continues to elude India’s indigenous vaccine.

The WHO narrative of “discrimination” now has a life of its own with gesticulating presenters and outraged pundits on the TV stations. But, if for a second that noise is cut off, Narendra Modi’s government may have to answer real questions about the data it had when the vaccine started being pushed into people’s arms on January 16. The vaccine received emergency use authorization without phase III efficacy data on the presumption that, as a virus-based vaccine, it would work better against variants of SARS-CoV-2.

There is much to think about our position on the use of indigenous vaccines more than a year after the start of the pandemic. While the WHO is still evaluating Bharat Biotech’s Covaxin, the debate has turned many believers into skeptics. The fact that it took so long for the vaccine, which is billed as “one of the best” to be approved, casts doubt not only on its producers and the product, but also on the regulatory process in India. And that’s why Covaxin’s battle to get on the Emergency Use List (EUL) is in ThePrint’s news this week.

Bharat Biotech filed for EUL last May. There were documents pending at that time, but the process was ongoing. Subsequently, between August 16 and October 14, eight WHO communications arrived seeking additional information and were duly answered, giving the details requested. This included all clinical information, non-clinical information, chemistry, manufacturing information, and control information. The issue was also discussed at length on October 19 during the meeting between Minister of Health Mansukh Mandaviya and WHO DG Dr Tedros. Yet the vaccine did not get the necessary green light at the October 26 meeting of the WHO Technical Advisory Group (TAG). It will now be submitted for evaluation on November 3. Comparisons have since erupted over the easy passage of the vaccine made by Chinese drug maker Sinopharm into the WHO’s EUL in May and questions over WHO’s impartiality.

Update: the @WHO Independent TAG met today and requested further clarification from manufacturer @BharatBiotech conduct a final assessment of the risks and benefits of EUL for the global use of #Covaxine. It will meet again for the final evaluation on Wednesday 3 November if the data is received soon.

The Indian Council for Medical Research (ICMR), which partnered with Bharat Biotech in making the vaccine, maintained a stiff upper lip through it, but officials have unofficially said the hold-up is “diplomatic, not scientific ”.

Read also: DCGI’s Covaxin “endorsement” is a political twin. This reinforces the idea of ​​Atmanirbhar Bharat of Modi

To date, phase III data (which claims the vaccine is 77.8% effective against symptomatic Covid-19) has yet to be peer reviewed – an important step in validating the scientific data . The pre-print on the medRxiv site contains comments that raise a variety of questions, including the statistical significance of the efficacy claims and how the trials were performed in various parts of India, allegedly disregarding the rules of trials. clinics such as informed consent.

India’s record on data collection is dismal and its commitment to transparency questionable. A billion vaccines later, the Modi government has yet to release the number of breakthrough infections in the country, nor the number of people who in the past 21 months have been down more than once with Covid-19. There are many other data points on which the Modi government has been vague, some say, on purpose.

Although peer review is not a critical criterion for WHO, the fact that vaccine data has been repeatedly judged to be insufficient internationally may require a more in-depth review of national processes than has been done. Covaxin failed.

The WHO statement last week read: “The timeframe for the WHO Emergency Enrollment Procedure (EUL) depends on how quickly the company producing the vaccine is able to provide the data necessary for WHO to assess the quality, safety and efficacy of the vaccine. and its relevance to low- and middle-income countries. We are aware that many people are waiting for the WHO recommendation for Covaxin, but we cannot compromise – before recommending a product for emergency use, we must carefully evaluate it to make sure it is safe and effective. Millions of Indians have received Covaxin. There was no possibility of choosing the vaccine. For them, the expression “cut corners” ten months later, sounds bad omen. This raises critical questions that neither the Modi government nor Bharat Biotech appear to be in the mood to answer.

Read also: Why Bharat Biotech’s Covaxin is the object of national pride and scientific skepticism

Little “benefit” for the WHO

While the fulcrum of outrage in India has been the inability of Indians who have taken the Covaxin vaccine to travel abroad, for the WHO this is what the EUL implies. “The WHO Emergency Use List (EUL) is a procedure for evaluating unauthorized vaccines, therapeutics and in vitro diagnostics during public health emergencies with the ultimate goal of accelerating availability. of these products for people who need them, ”reads the EUL information on the WHO website.

This is where the catch lies. Bharat Biotech, despite all the overwhelming nationalism its vaccine has generated in India, has consistently underperformed its national commitments. In August, when the Modi government released vaccine availability projections for the remaining five months of the year, it forecasted the availability of 55 crore of vaccine doses at a rate of 11 crore per month. To date, India has administered a total of 11 87 73 704 doses of Covaxin. The mainstay of India’s vaccination program has been the India-made Covishield, not the native version.

This means that even if the WHO gave Covaxin the green light for EUL, the company might not have so many vaccines to spare and to vaccinate the world. As TAG performs a risk-benefit assessment to determine if Covaxin can be used outside of clinical trials, this is a fact that will inevitably weigh on their minds. It may not influence the final decision, but it will impact the pace at which it is made.

But the news media are in a crisis of their own. There have been brutal layoffs and pay cuts. The best of journalism is shrinking, giving in to crass spectacle in prime time.

ThePrint employs the best young reporters, columnists and editors. To maintain journalism of this quality, it takes smart, thoughtful people like you to pay the price. Whether you live in India or abroad, you can do it here.