Stella-Jones (TSE: SJ) last released its quarterly results on Tuesday, August 3. The company reported earnings per share of C $ 1.76 for the quarter, beating the consensus estimate of C $ 1.47 by C $ 0.29. The company reported sales of C $ 903.00 million for the quarter, compared to analysts’ estimates of C $ 949.75 million. As a group, sell-side analysts predict that Stella-Jones will post earnings per share of 3.2661492 for the current year. 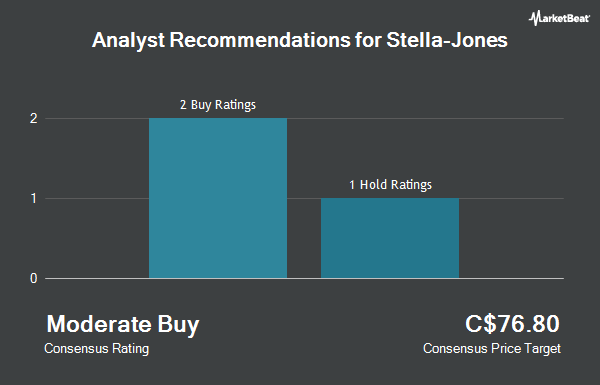 This instant news alert was powered by narrative science technology and MarketBeat financial data to provide readers with the fastest, most accurate reports. This story was reviewed by the MarketBeat editorial team prior to publication. Please send any questions or comments about this story to [emailÂ protected]

Before you consider Stella-Jones, you’ll want to hear this.

MarketBeat tracks Wall Street’s top-rated and top-performing research analysts and the stocks they recommend to their clients on a daily basis. MarketBeat identified the five stocks that top analysts quietly whisper to their clients to buy now before the market in general takes hold ofâ€¦ and Stella-Jones was not on the list.

While Stella-Jones currently has a â€œBuyâ€ rating among analysts, top-rated analysts believe these five stocks are better bets.