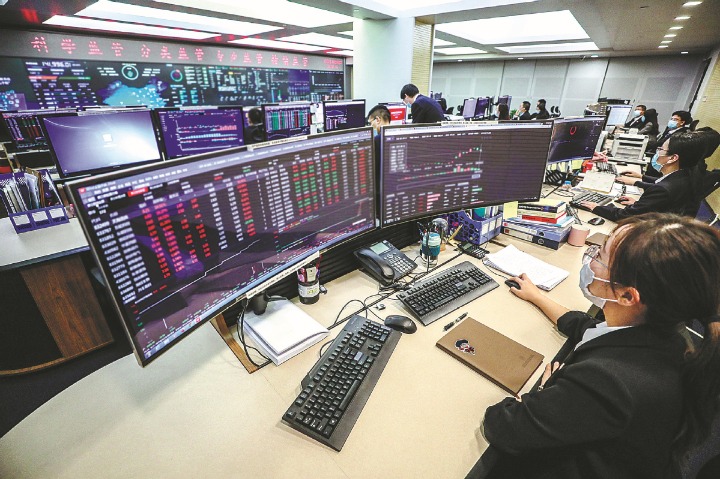 The much-anticipated Beijing Stock Exchange is expected to start trading on Nov. 15, as 10 sets of trade and related regulations were released on Saturday, experts said.

BSE is seen as a game changer for technologically advanced small and medium enterprises or SMEs, they said.

Six other sets of complementary regulations were also published, covering the management of sponsors, underwriters, the issuance of preferred shares and convertible bonds.

All 10 sets of regulations go into effect on November 15. This seems to suggest that the BSE will begin formal operations on November 15, industry insiders said.

The new exchange will initially be based on NEEQ Select, the highest tier of the National Equities Exchange and Cotations system, which has been in existence for eight years.

The draft listing rules were released on September 5 to solicit public opinion. In the revised version released on Saturday, the ESB said companies would not be allowed to go public if they had not released annual or interim reports 36 months before applications for listing.

The sponsorship monitoring period for IPOs and corporate restructurings is set at three years and two years respectively. Company profit-sharing plans implemented at NEEQ can be resumed after registration with BSE. Meanwhile, a moderately tighter grip will be exercised over the BSE audit reports of listed companies.

In an announcement on Saturday, the China Securities Regulatory Commission, the country’s main securities supervisor, said the rules and regulations have fully demonstrated the inclusiveness, flexibility and special positioning of BSE.

The new exchange is expected to take the lead and strengthen its ties with NEEQ in order to boost the vitality of market entities, better serve innovative SMEs and facilitate high-quality economic development of the country, the CSRC said.

On Sunday there were 68 NEEQ Select companies, which will be transferred directly to ESB. In the meantime, 14 other companies could subscribe to NEEQ Select before November 15.

In total, there could be 82 listed companies when BSE begins in the middle of this month, said Zhou Yunnan, founder of Beijing Nanshan Jingshi Investment.

Of these, 75 released financial results for the past three quarters, while 68 percent reported growth in their net profit.

Dong Qi, chief analyst of Guotai Junan Securities, said that the registration-based IPO system and the enterprise system will be further optimized after the launch of the Beijing Stock Exchange, which in the long term, will result in more diversified services available in the Chinese capital market.

While SMEs may promise less management stability, the ESB can help refine the country’s delisting system, given its close ties to the NEEQ, Dong said.