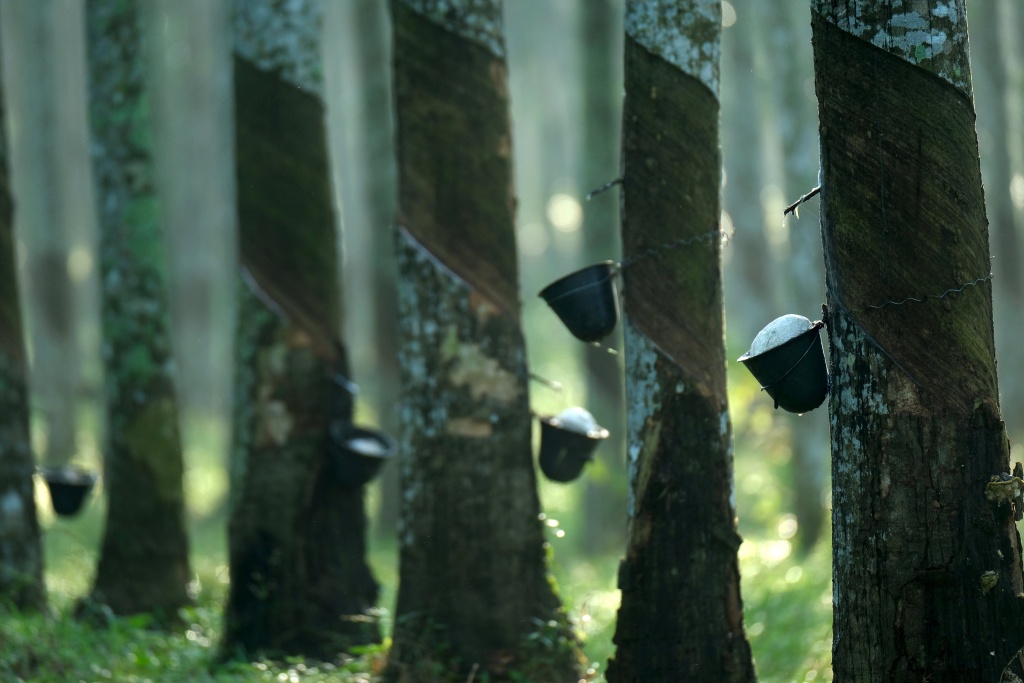 Emyza says that with less latex production from each tree, the ripple effect would decrease a plantation’s ability to produce raw rubber, which could impact manufacturers of rubber products. – Photo by Bernama

The rubber tree, Hevea brasiliensis, is now considered a highly prized plant at a time when the world is still fighting Covid-19.

The latex that drains from the tree has always been a key export commodity for the country, but in this time of pandemic it is an important resource for the manufacture of protective gloves and personal protective equipment. (EAR).

In 2020, Malaysia produced around 515,000 metric tonnes of natural rubber, making the country the fifth largest producer of this product in the world. 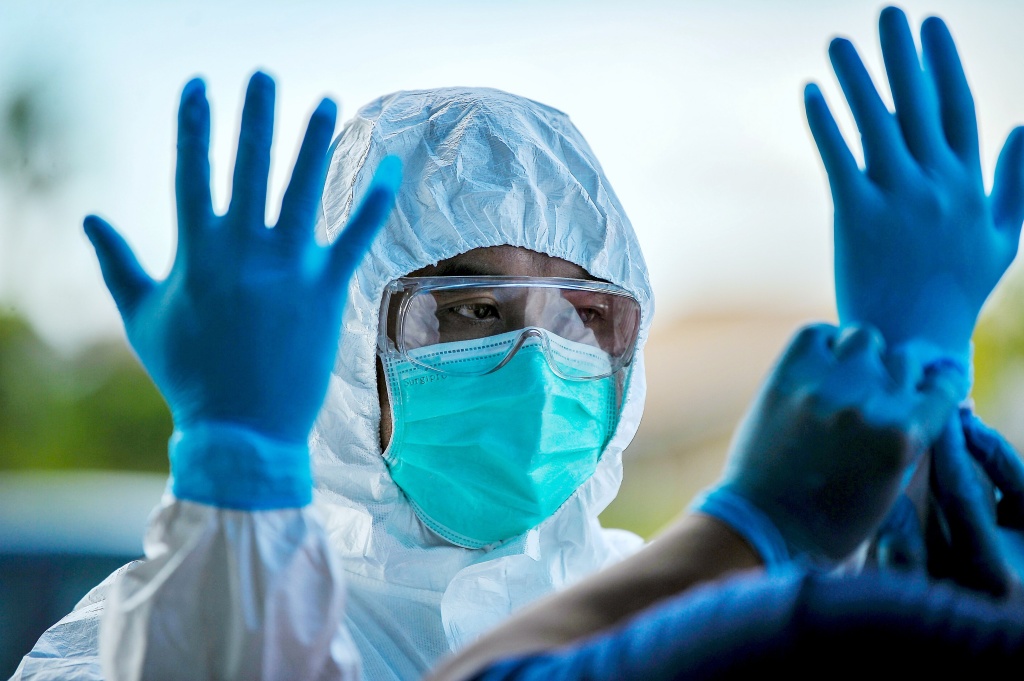 Amid the pandemic, demand for protective gloves and other PPE has increased, with Malaysia currently accounting for 60% of the total global market supply. – Photo by Bernama

Amid the Covid-19 pandemic, demand for protective gloves and other PPE has increased and Malaysia currently accounts for 60% of the total global market supply. A worker inspects rubber gloves in a section of the assembly line at a Top Glove manufacturing plant in Meru, Klang. Malaysian company Top Glove Corporation Bhd has become the world’s largest producer of rubber products. – Photo by Bernama

This, in turn, bodes well for the country’s economy as it spawned Top Glove Corporation Bhd, which has since grown into the world’s largest producer of rubber products.

Amidst this positive outlook, however, lies a threat that can easily disrupt the production of natural rubber.

The outbreak of Pestalotiopsis The disease (of fungal origin) in Kampung Panchajaya in Johor on November 27, 2017, marked the onset of the infection that struck around 10,000 rubber plantations across the country, including Sarawak.

This series of photos shows the stages of Pestalotiopsis infection in a rubber tree, where the degree of severity can be assessed – from a normal tree on the left to its deteriorating condition on the right.

According to her, with less latex production from each tree, the ripple effect would decrease a plantation’s ability to produce raw rubber, which could impact manufacturers of rubber products. 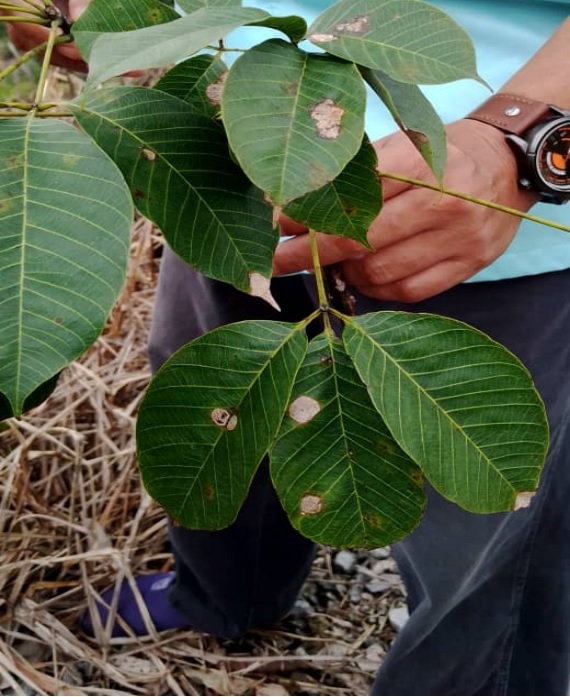 Pestalotiopsis is common in tropical climates like Sarawak, which has a high volume of precipitation and humidity.

Once a rubber tree becomes infected with this fungal disease, the leaves, stems and branches would be affected and they would exhibit spots – a trait that could be seen with the naked eye. 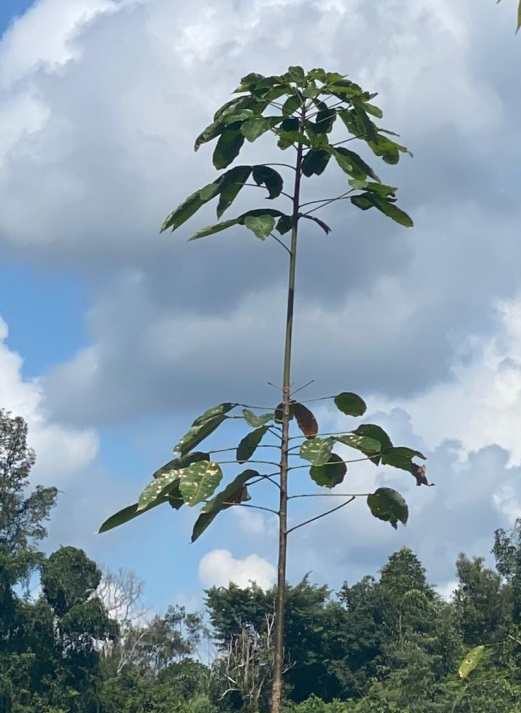 The photo shows an infected rubber tree on a plantation in Serian.

“About 90 to 100 percent of a mature rubber tree’s leaves would wither, and the tree itself would lose around 40 to 60 percent of its rubber sap when infected,” Emyza said.

The results, she said, would be felt strongly by the small rubber farmers who would lose a significant amount of income.

She added that the decrease in the number of rubber seeds would also have a negative impact on the industry as it would hamper the expansion of rubber plantations. 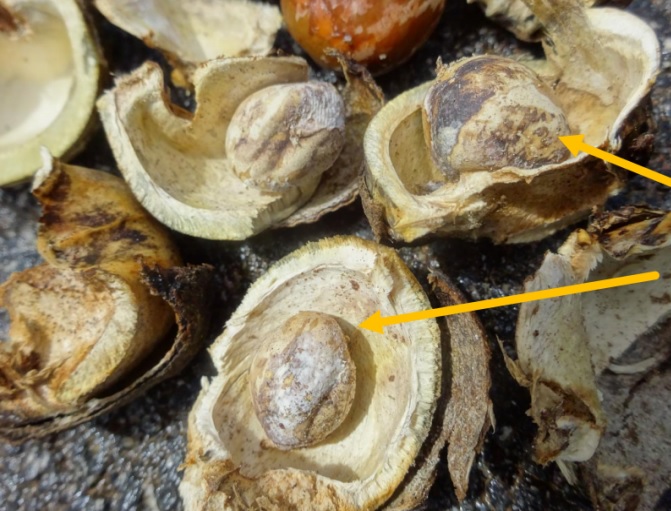 Rubber seeds that have been infected with fungi.

“The plans to open new rubber plantations would also be affected by the unavailability of rubber seeds,” she stressed. 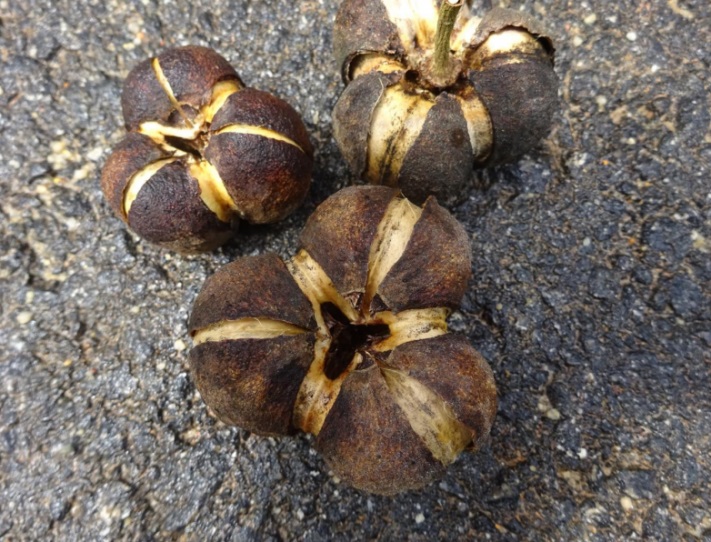 These rubber seeds fell off prematurely – not at all due to the fungal infection.

Regarding the fungal disease pathogen, Emyza said it could be spread by air or wind, making it more likely to spread and multiply in damp and humid regions like Sarawak.

She also revealed that the tree most likely to be infected with the disease would be the rubber tree which had been planted using cloned seeds.

“Since the pathogen does not have a specific host, the fungus would easily cling to grass, oil palm leaves and palm leaves, which are common plants near rubber plantations. “ 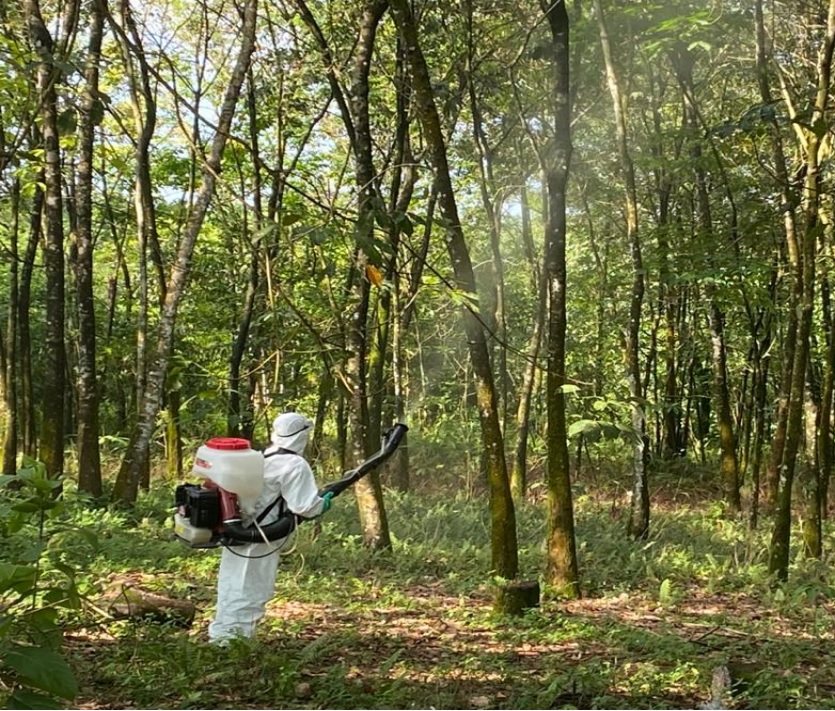 A plantation worker sprays rubber trees with mixed chemicals to reduce the risk of fungi attacking them.

However, all is not lost as various measures are being taken by Risda, in collaboration with the Malaysian Rubber Board (LGM) and the Sarawak Ministry of Agriculture to deal with this situation.

“Prevention is always better than cure,” Emyza pointed out, listing good agronomic practices (GAP) as one of the prevention techniques that should be practiced during the whole process of growing and cultivating rubber trees.

Measures such as keeping the plantation clean, applying fertilizer on time, and weeding have been crucial in stopping the spread of the fungal disease.

Emyza added that small rubber producers must also ensure that all sources of pathogens are destroyed to periodically avoid any potential infection.

“The weeds that surround rubber trees have enormous potential to host the disease.

“Those too must be cleaned periodically,” she recalled. Measures such as keeping the plantation clean, applying fertilizer on time and weeding are crucial in stopping the spread of, explains Emyza. – Photo by Bernama

Another method, according to Emyza, is the use of chemical control which has proven to be an effective way to combat this disease.

“One of the means of chemical control is spraying the leaves of rubber trees, whether they are infected or not.”

This, Emyza said, would significantly reduce the risk of the fungal disease attacking trees.

Nonetheless, she called on all small rubber producers to seek advice from relevant agencies such as Risda and LGM on how to prevent any disease from attacking their plantations.